Chinese smartphone maker Gionee has focused its efforts on the Marathon series, reaping the benefits of their long battery life. But that’s not all Gionee has to offer. In the past, the company has been known for some of its ultra-thin smartphones while it also has flagship class phones in the country. However, the Gionee F103 Pro does not fall into any of those categories. It’s not an ultra-thin smartphone, not one that has hours and hours of battery life. It is a budget device and an upgrade to the earlier F103 smartphone. Gionee has increased the RAM on the F103 and added a 13 MP camera on the back. But can this device compete with the LeEco Le 2 and Xiaomi Redmi Note 3? Let’s find out.

Build and design: not much has changed
The Gionee F103 Pro is a beautiful device, just like the F103. The phone has a very elegant candy bar design, which looks and feels premium. There is a laminated glass on the front, metal rails run along the side and the back is removable. It also has a removable plastic back, but the excellent paint job and sandblasted finish give the rear a metallic feel. The back is also slightly curved, which in combination with the chamfered edges and the 5-inch form factor makes the Gionee F103 Pro very ergonomic. We should also add that the three navigation keys that lie below the display work well, but are not backlit and take some getting used to.

Display and user interface: could have been better
The quality of the screens on budget smartphones has improved over time and the screen on the F103 Pro does quite well too, but the shortcomings outweigh the strengths. Let’s start with the strengths.

The display has good viewing angles, color accuracy and touch response. However, sunlight readability is poor and even at full brightness the display looks a bit dull. The maximum brightness we got was about 570 lux, which is pretty dim. Plus, the 5-inch display has a resolution of just 720p, which is too 2014 in our opinion.

While the screen may seem dull, the same cannot be said about the Amigo UI. The UI here is quite iOS-esque, with quick pull ups from the bottom and the unavailability of an app drawer. The UI also adds an extra layer of customization to the Android OS, including an app called Chameleon Themes. This app allows you to choose colors from your environment and the software makes them into a theme. There are other cosmetic changes, but the user interface is more or less similar to what you get from other Chinese phone manufacturers. When comparing the latest version of this UI with previous versions, we noticed that Gionee has simplified the UI in general.

Performance: Well optimized, but miles to go
Powered by a MediaTek MT6735 SoC, the Gionee F103 Pro isn’t the best out there, but Gionee has managed to get the most out of this year-old processor. The quad-core 1.3GHz SoC, paired with 3GB of RAM, felt relatively smooth. Though opening multiple apps in succession can cause the phone to stutter. The gaming experience isn’t the best either, but only those big on mobile gaming will complain. We tried games like Injustice: Gods Among Us and found that while all popular games work, there are occasional stutters and lags after 15 minutes of gameplay. Also, the phone heats up quite easily while gaming and while capturing videos. We have sometimes recorded temperatures over 40 degrees Celsius.

Furthermore, there is nothing to complain about the call quality and at the reception, but the sound quality is not good. Headphone audio is on the bass side, so dominates everything else.

Camera: no clear image
The 13 MP rear camera on the Gionee F103 Pro is sort of a mixed bag. Photos taken during the day offer good dynamic range and decent depth. However, the colors seem a bit faded and there is noise across the image. Image quality deteriorates further in low light and processing time also increases. 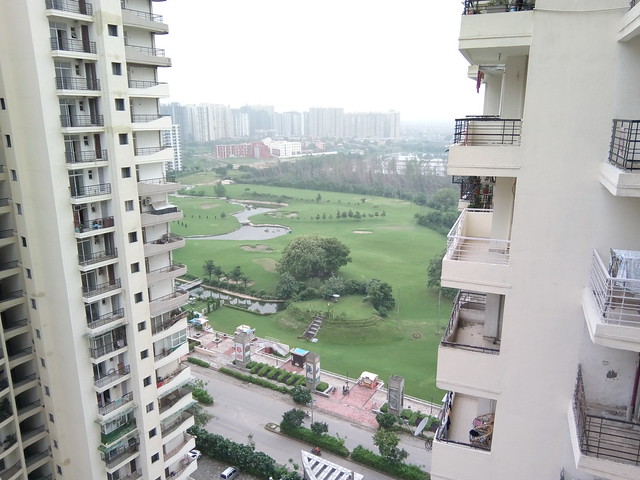 However, the front camera does a good job and is good enough for quick selfies. Gionee has also added a feature in the camera software that increases the screen brightness to generate brighter selfies. It’s Gionee’s take on Apple’s Retina flash, and it doesn’t work without noise, though.

Battery: not up to the mark
The Gionee F103 Pro has the same 2400mAh battery as on the original F103. With daily use, we found that the small battery pack just isn’t capable enough to last all day. Even if you’re not a gamer and just use your smartphone for simpler tasks like WhatsApp, Facebook, browsing, YouTube or streaming music, you’ll need a charger in the evening. Gaming on the phone drains the battery easily.

Bottom Line: Should You Buy This?
Overall, the Gionee F103 Pro is a half-hearted attempt at making a budget smartphone. It starts off well, with the design and build, it also offers respectable performance, but the battery life is disappointing. Furthermore, the higher price tag puts it in the crosshairs of phones like the Xiaomi Redmi Note 3 and LeEco Le 2. To be honest, these two phones have just decimated everything in the sub-15K smartphone segment over the past six months, and the Gionee F103 Pro is just another victim. Also, if you want a smaller phone that looks good, the Xiaomi Mi 4i is a better choice.